WHY YOU SHOULD PICK UP PENNIES, NO MATTER HOW MUCH MONEY YOU HAVE

Picking up pennies off the ground has become an unpopular practice. 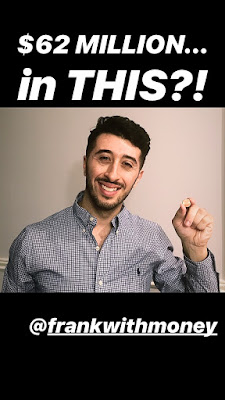 According to a CBS News article, Americans throw away $62 MILLION in coins PER YEAR.

People often say, “it’s ONLY a penny.” It’s one hundredth of a dollar, and even a dollar is seen as chump change today.

Here’s why I still pick up pennies, and why YOU should too.

The importance of picking up pennies is not necessarily for the penny itself. That penny is unlikely to drastically change your financial situation.

It is more about the MINDSET that one has in the act of picking up a penny.

When you pick up a penny, you are PURPOSELY paying attention to money. Over time, as you pick up more and more pennies, you develop a strong awareness about money. You realize how many opportunities there are to make money. You realize how careless people are about spending or losing money. This gives you a great opportunity for making money instead of losing it. You become COMMITTED to money.

When you pass up the opportunity to pick up a penny, you are DELIBERATELY deciding to ignore money. Ignoring the penny on the ground leads you to ignore the value of money. Although the value is insignificant, it is STILL money.

Is it really not worth it to you to bend down to pick up a penny? Are you worried about how you may look when you go to pick up that penny? If so, then you do NOT have the right mindset about money. You need to be focused on acquiring money rather than worrying about what others may think of you and your choices.

I CHALLENGE YOU to be on the lookout for pennies and loose change, no matter how much money you have. You will develop a sharp awareness of money - GUARANTEED.

LINK: Americans throw away $62 million in coins each year