A lot of people are angry . A lot of people are disappointed . A lot of people thought the government was prepared to take care of them. “This is their chance,” people are saying. “They have to help us.” Well, I’m not so sure. Why is this “their chance” to do something? Also, what is it that people are expecting “them” to do? It’s up to you. Not anyone or anything else. There seems to be a fundamental disconnect between the people and the government. The disconnect that I refer to is more about the expectations that ordinary American citizens have of those who are clearly self-interested and self-seeking. Ronald Reagan put it best when he cautioned us decades ago that ”The nine most terrifying words in the English language are: I’m from the Government, and I’m here to help.” People place blind trust in so-called “leaders” who have repeatedly shown that their interests are contrary to those who elected them in the first place. Regarding this week’s stimulus announceme
Post a Comment
Read more

The ONLY True Barrier to Entry | Frank V. Martone | E14: Frank With Money 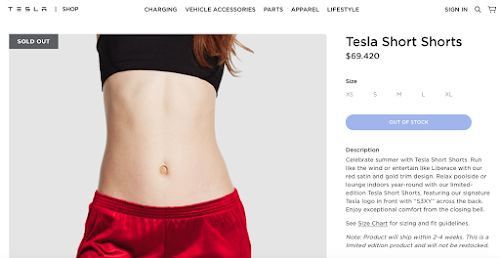 Tesla Shorts are Selling for HOW MUCH?!

NEVER SETTLE on Your Value. E8: Frank With Money Podcast

The ONLY True Barrier to Entry | Frank V. Martone | E14: Frank With Money